The end of the year is busy with all of the commencements, capstones and celebrations. It's clear that students and staff are tired, but there is also a great energy as we wrap up spring term. I hope you enjoy these highlights from the past couple of weeks.

The Guided Pathways steering committee finished its first year as a member of cohort 1 of the Oregon Pathways project. The institute was held at the Chemeketa Viticulture Center in Salem, which is a working winery where students learn the entire winemaking process from growing to bottling. The team below is Tara Sprehe, Laurette Scott, Nora Brodnicki, David Plotkin, Lisa Nguyen, Joan Jagodnik, Guadalupe Martinez, Sue Goff, myself and Fred Meyers. 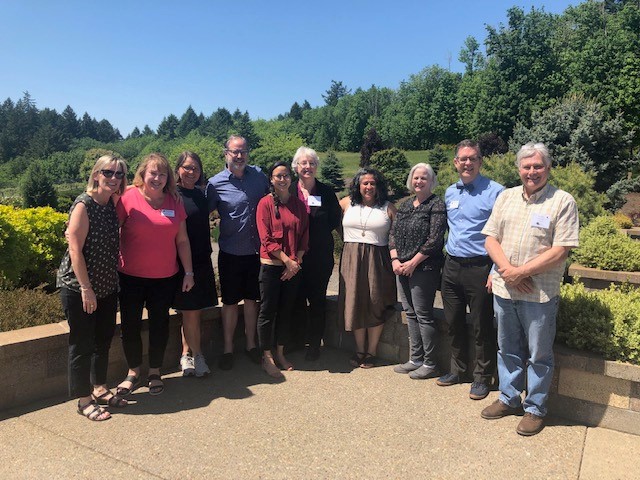 On May 15, more than 100 students and staff wrote letters to legislators supporting our $647-million budget ask. The 2019 legislative session is in the last weeks of its work, and there are a number of bills working their way through. We are anticipating the budget vote to take place in the next week. Pictured below are next year's Associated Student Government Officers: President Ashley Magana Mendez and Vice President Brandon Orick. 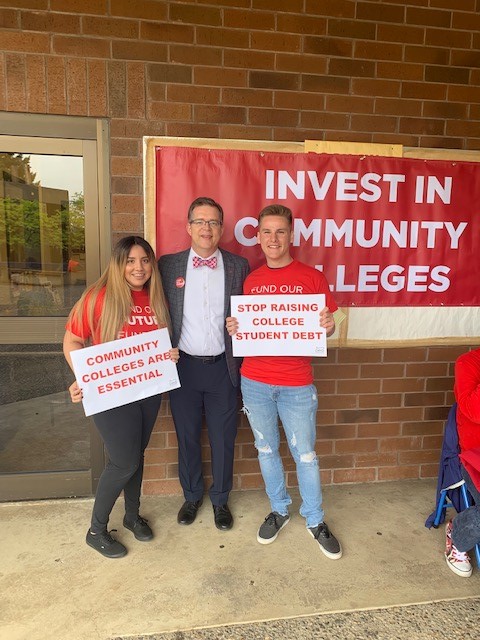 I had the pleasure of presenting the State of the College to the Seasoned Adults Enrichment Program, which is a member-led club through community education that provides educational experiences to seniors. We had a spirited discussion, and I learned more about the history of CCC. I especially appreciated the introduction by Larry Reimer and his homemade bowtie.

Phi Theta Kappa held its induction ceremony at the Elks Lodge with more than 100 attendees. PTK has been doing some great work this year. The group recently received several awards at its regional meeting. The Clackamas Print ran a nice article about the event that is linked here. I was surprised and humbled to receive an honorary membership into Phi Theta Kappa during the ceremony. As someone who didn't have a very high GPA until grad school, it was special for me to receive this honor.

It was also a treat to attend the wrestling banquet recognizing the national championship winning team and national coach of the year. It was touching to hear the coaches talk about this team, their strong work ethic and genuine care for each other. It was even more touching to hear the wrestlers talk about their love and respect for their coaches and teammates. I'm not kidding in that I think I heard the word "love" about 50 times. A great team and well-deserved recognition - check out those championship rings! 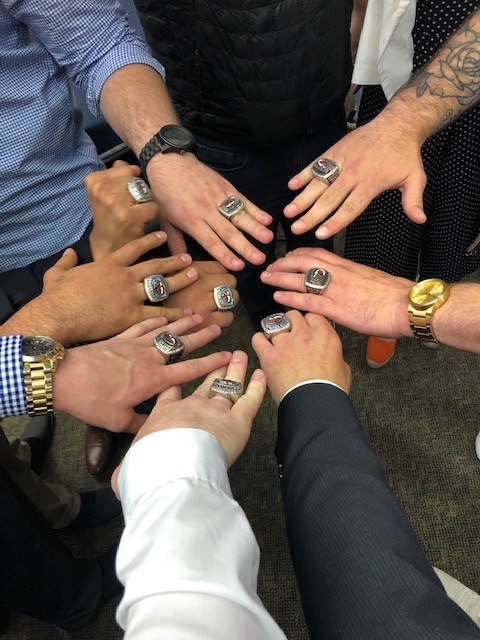 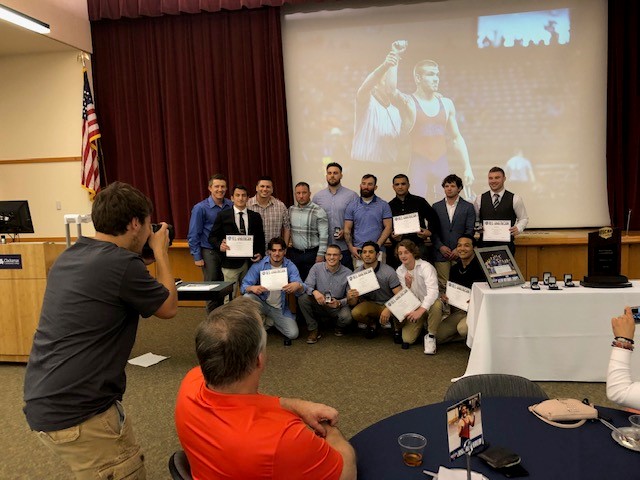 Baseball, softball and track and field have all ended for the year. Baseball had a challenging season but always played hard and were a fun group to watch. Softball made it to the playoffs and had an incredible run after losing an initial game to finish fifth in the tournament. Track and field finished third at NWAC, and six athletes won their individual events. Coach Keoni McHone won coach of the year, too! Impressive work all around from our student-athletes.

I've spent a considerable amount of time in Salem as the legislative session nears the end for the year. I testified in favor of Senate Bill 3, which allows community colleges to offer applied baccalaureate degrees. As of today, the bill has passed the Senate and House and is going to the governor for a signature. I testified twice in favor of increasing the Community College Support Fund allocation and have met with our senators and representatives numerous times. I've developed good relationships with most, and hopefully all this advocacy will pay off. This picture with Rep. Karin Power is from a trip last week. 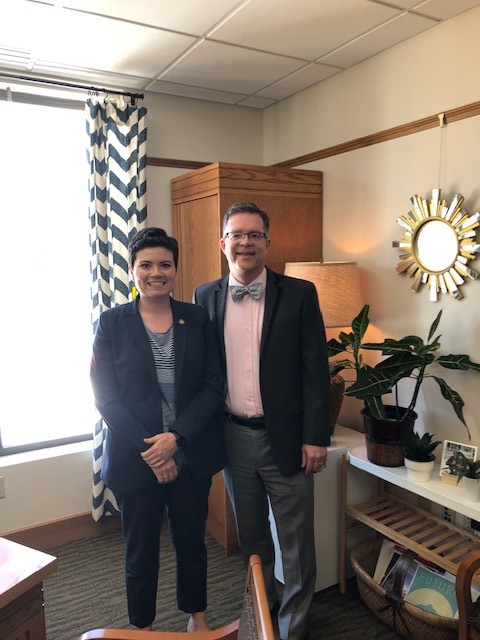 I had the great pleasure of guest lecturing on the topic of children and death for Yvonne Smith's Death and Dying class this week. I taught the course Death and Dying for many years when I was a faculty member, so it was nice be in the classroom again even if it was only an hour. I enjoy being president but one of the things I really miss is teaching, so I appreciated this opportunity. Hopefully I'll be invited back again.

The EMT and nursing programs staged a simulation on May 28 that involved the EMT students responding to an "incident" in Harmony West. The students responded, got the patient onto the training ambulance, drove around the parking lot and then brought the patient to the nursing lab in Harmony East where they interacted with nursing students before they took over the care of the patient.

It was a great example of applied learning, and the crossover between the departments was fantastic as the simulation tried to recreate as real of a scenario as possible. Kudos to the faculty and students in these programs. 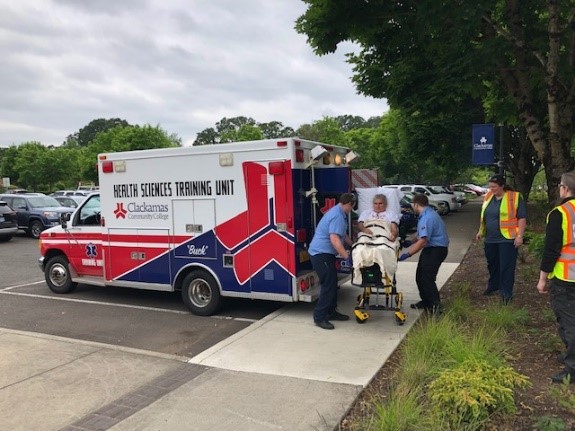 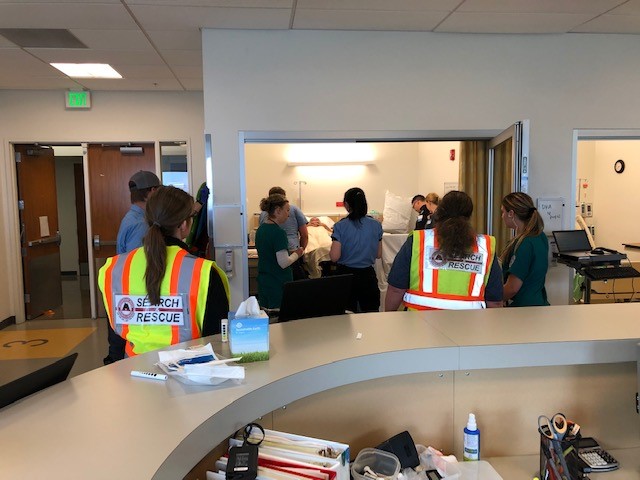 The big personal news is that after 18 years my family has a dog in the house. A very cute 8-week-old labradoodle puppy named Murphy. He has lots of energy, is smart and adorable. He's also keeping us up at night as he adjusts to life at the Cook house. Our family is having a lot of fun with Murphy, and I'm sure he'll make an appearance on campus sometime soon. 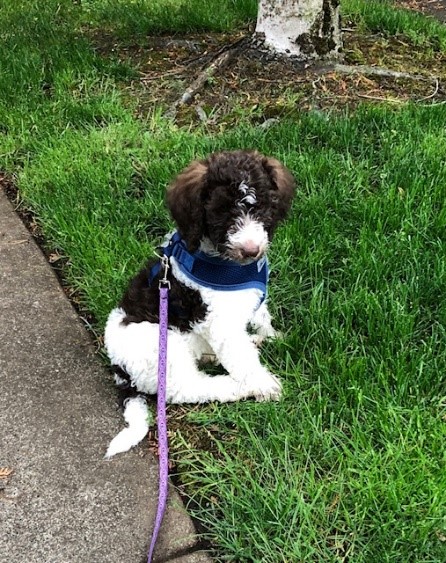 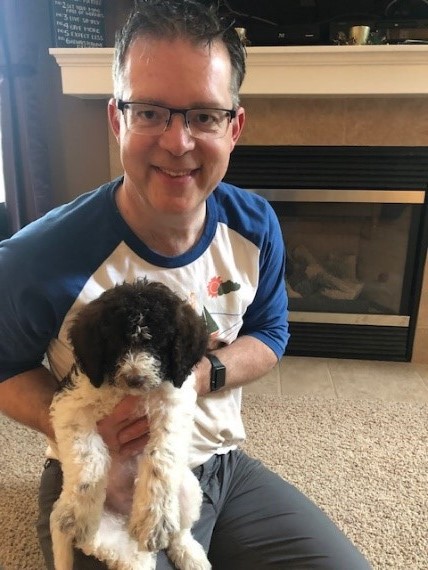 That's it for now. Graduation is coming up in a couple of weeks, so it will be summer before we know it. Enjoy the last weeks of spring term.